Now that things have calmed down just a little bit, I have had the time to sit down and knock out another post. As far as updates are concerned, we are about a month away from opening the shop back up, and I am finishing up proofing on the fifth book of the Elder Blood Saga. It really has been a hell of a ride, and I am sad to see that series come to an end. But all things come to an end, so now I move on to other projects.

Just what are we talking about today? You might have noticed the title of this post is “Spiritual Engineering.” You are probably wondering what exactly I am getting at?

Naturally, I will be happy to explain. But first, some context. As some of may know, I have recently started the coursework for two year shamanic intensive. It has been rather fantastic so far! I am still in the introductory work, and there is already so much to think and write about! Of course, that is good news for you, my readers, as you get to come along for the ride.

In the intensive, I recently went through a course in which we talked a great deal about neurology, and our own set of spiritual “wiring” in the context of shamanism. What we are really going to be talking about is energy work, and the “hardware and software” we use to make that work.

However, first I want to be clear about how I am using terms. When I refer to energy work, I restrict that usage to the “self”. You have probably heard the adage that “everything is energy”, and I certainly don’t disagree with that. However, I would add that in an animistic context, every is not just energy. Once you move into the world external to yourself, you are no longer dealing with just energy. You are dealing with persons; each of which has their own will, awareness and most importantly, boundaries. I learned this the hard way. I’ll tell you that story sometime, as it has taken me a while to make sense of that.

While it may be true that trees and rocks are made up of energy, they are more than JUST energy. The point being, once you move beyond the self, we are talking more about “spiritual social work” than mere “energy work.” Beyond the self, in an animistic context, you are now interacting with the social world of other-than-human persons. I hope the distinction makes sense.

So, for this post we are only talking about individual energy work. The work you do with your own personal spirit. Now, I have a pretty complicated view of the spirit. That is because the singular individual “self” we conceive is anything but singular. We are made up of countless number of individual cells, all of which form to together to make this collective individual we refer to as “me.”

In an animistic context, all of those cells have their own spirits; but in the grand scheme of things the whole is greater than the sum of the parts. Still, the point is that all of these cells exist in great vast network. It is those connections and networks that make all of systems work together, and from the connections in our brain that allow us to conceive of ourselves in the singular.

In addition, it is my working theory that the spirit is in many ways analogous to our physical body. Just like neurons in the brain, all those little connections and networks are part of our spirit, and constitute our “spiritual wiring.” You with me so far?

Now, you get at least two camps when you talk about spiritual wiring, especially in regards to shamanism.

On the one side, you get what I might call the hard-wired camp. These are the people that claim that shamanism is only for those with a certain “energetic circuitry”. Basically, if you don’t have the right make up, you can’t be a shaman.

On the other side, there are those that think it is more of a universal thing. That in short, any one can be a shaman. If the calling is there, and the spirits have come forward, the “wiring” is a work in progress. It might be worked and reworked over and over again over the process.

Which is where the spiritual engineering comes in. For me it is certainly not an “either/or” type of thing. We are pretty adaptable as organisms, and even our brains have a noted plasticity in their connections. However, I also take more of a moderate view. Some parts of our “wiring” might be hard-wired, and it places limits on what we can do and what we can’t do. Yet, it can be rearranged and adapted as well. Weak circuits can be bypassed, and new augmentations can be added. They can also be removed and stripped out too. That is spiritual engineering. Tailoring the “wiring” for the job at hand.

Are there limits, sure. Some might even be built into my “core structure”, or whatever you would like to call my predetermined wiring. But that doesn’t stop me from doing a redesign either. I little rewiring here, a little bypass there. I plug this plasma conduit into that warp core, and bam! Ready to go! 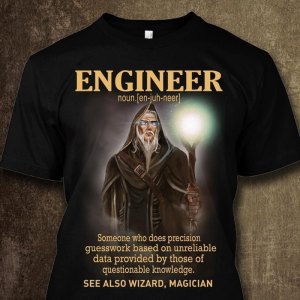 (From Google images. I think it makes the point.)

Let me use shielding as an example. I am just going to assume you all know what I am talking about. Shielding is one of those things I really enjoy to play with, because it is only limited by your imagination. I am sure none of my regular readers would be surprised if I said I have played with sci-fi inspired shielding, fantasy shielding, and pretty much anything else I have been able to imagine.

For example, say I want to wade into some kind of spiritual nightmare. Maybe I have to deal with a spiritual nasty at the boss level. As such, I want to engineer a shield that can hold up to some punishment. So I take a good hard look at my spiritual wiring, and realize it can’t handle what I need to do. I’d be pretty SOL if I couldn’t do some adaptive redesign.

So I build myself an armor suit straight out of Mass Effect, all N7 and such. But I find that one of my spiritual circuits just can’t handle the load I want to run through it. It would be the analogy of running 100 volts through a 12 volt wire. Obviously, if I don’t do something about that, my circuitry is going to fry.

I also find out that this given circuit is one of my “hard-wired” bits. It is required for something else to work, so I can’t really cut it out and replace it. It’s required equipment. I CAN however bypass it. So I install a bypass that can carry the spiritual current I need, and never have to worry about burning the little 12 volt out.

That way I can run the power I need to, and be good to go in the ass-kickery department.

However, just like real life engineering, I wouldn’t recommend just jumping into this kind of thing. The example above is for illustration purposes only. Just like I wouldn’t recommend Joe-Unskilled from the street take over Scotty’s position on the Enterprise, I wouldn’t advise messing with your wiring without the expertise to do so. Or at least without “adult” supervision.

Realize, that this kind of energy work has taken me many years of training and study to even guess at. Just like real world engineering, it takes expertise, experience and study to become proficient at it.

As such, the “don’t try this at home” caveat applies.

As always, thanks for reading!

I am a writer, author, hunter, craftsman, and student of anthropology/archaeology. END_OF_DOCUMENT_TOKEN_TO_BE_REPLACED
This entry was posted on Tuesday, April 11th, 2017 at 1:18 PM and tagged with Animism, energy work, engineering, Shamanism, spirituality, wiring and posted in Animism/Shamanism, Religion/Spirituality. You can follow any responses to this entry through the RSS 2.0 feed.
« Updates 3/30/17
The Spirit, Networks, and Emergence »

One response to “Spiritual Engineering”